I know it’s fiction. I know the characters are not real. But wow, do these writers know how to write emotional stories.

I have friends that say the show is “too depressing,” or just too much of a “tear-jerking melodrama,” so they don’t watch. That’s fine. I have a theory about those people. Perhaps those people are not in touch with their own emotions and watching these stories and the heart wrenching relatable life events may be uncomfortable for them. I might be wrong, but really, This Is Us is soooo good!  To each his own.

I want to focus on Randall’s story, obviously. Seriously, I cannot stop thinking about last night’s episode. Finally, Randall’s story focused on his adoption and the trauma and anxiety in his life that is related to 1) his feelings about being adopted/abandoned, and 2) how his adopters handled certain situations relating to his adoption.

“A Hell Of A Week: Part One” kicked off several weeks ago with three episodes, each focusing on one of the siblings. The episodes also effectively flashed back to the stressful teen years and a flashback to their childhood and their first night in their “big kid beds.” 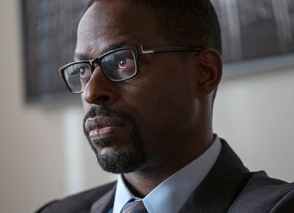 We know that as an adult, Randall is an over-achiever and a perfectionist. And even in the flashbacks, we see Child and Teenage Randall aiming to be a over-the-top people-pleaser and solver of all of the Pearson Family problems. Randall’s anxiety has always been central to his character. But in these past episodes, we seem to see Randall sort of “flailing in the dark” about where the anxiety comes from and how to deal with it.

Randall’s anxiety even manifests itself in nightmares and once even in a ‘shroom-induced hallucination. In the episode “The Trip,” we see via flashback that Jack, Randall’s a-dad, had no idea that Randall’s biodad, William, was alive and/or interested in his son’s life. After Randall’s interest in random black people becomes evident, Jack talks to Rebecca and suggests hiring a private investigator to find Randall’s birth parents. But Rebecca shuts him down. Her guilt is palpable. She knows who Randall’s bio father is and had even been in contact with him. When Randall finds this out, he is understandably upset. Then, back in real time, Randall is accidentally tripping on ‘shrooms at the cabin, and hallucinates a conversation with his dead a-dad, Jack. “We gave you everything we could,” Dead Jack tells Randall.  “And all I was supposed to feel was grateful,” Randall shoots back. “I was a replacement for your dead baby. That’s all I’ve ever been.”

Later, when the drugs wear off, Randall’s anger had calmed down a bit and he decided to visit Rebecca. I was thinking we were going to see some sort of reconciliation and a real heart-to-heart between Randall and his a-mom. But no. Randall was still pissed about the lie.

“You kept that secret for 36 years. That must’ve been incredibly lonely,” Randall says, standing at the doorway, refusing to come in. Rebecca begins to sob. She reaches for him, but he pulls back. “No, not yet,” he says flatly. “I’ll see you at Christmas.” Then he walks away.

Okay, so the above is just an example of Randall’s issues and anxiety. I can relate to ALL OF IT. Fellow adoptees: can’t you? It’s so obvious!

So, FINALLY, Randall starts to realize, through his therapy, that his abandonment issues are at the heart of his anxiety. Interestingly enough, however, the episode is touted as a “What if Jack Never Died” story. But what really comes though, for me anyway, are the scenarios that Randall plays through his head regarding his bio dad.  Randall realizes, through is therapy, the possibility of rejection, a different kind of reunion, questions about his bio-mother, different emotions about his adoptive parents. . . all so familiar to an adoptee. For me, this was missing in Randall’s story before last night. The flashbacks never showed him wondering about his biological family. His childhood, as far as we knew, was not riddled with fantasies about his bio parents and where they were and whether they were looking for him. Perhaps he didn’t think about it as a child or as a teenager. But he sure as hell let it all out during his therapy as an adult. All the scenarios were there. 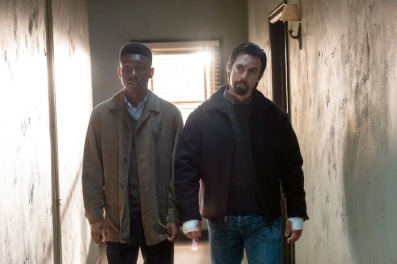 I felt satisfied watching this episode. I understood Randall. It felt real.

Unfortunately, there is an entire group of TIU fans who think the episode was really about “what if Jack didn’t die?” And they’re disappointed with the episode. They didn’t “get it.” Uh, no.

It was about all the fantasies and emotions and anxiety and control issues stemming from Randall’s adoption. And we get it, don’t we?